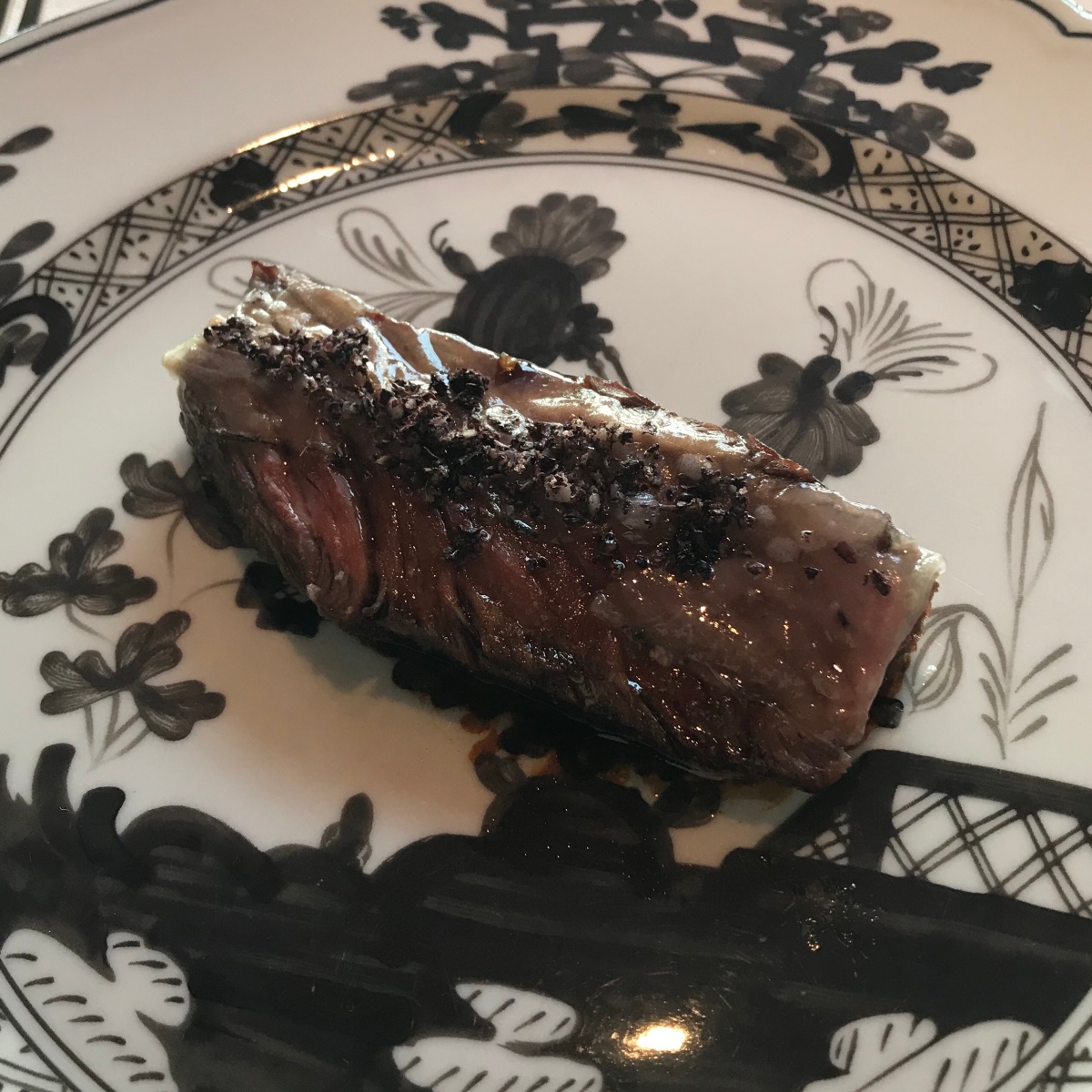 This was our first time dining in a Michelin Star restaurant outside of the UK and what an amazing experience it was to. We were on holiday in Lake Garda staying in the town of Garda and was recommended to try this restaurant by a chef friend Rafael Cagalli who used to work in the area. The restaurant was across the lake in the beautiful town of Gardone Riviera which luckily was just and hour away on the ferry. So last thursday we headed to the port and set of to Gardone. To reach the restaurant we decided to stretch our legs and take a stroll along the main road which took about twenty minutes. You then see the sign which leads you down to the waters edge to the stunning location where the restaurant is situated. We entered through the white double doors to be given a friendly Italian welcome before being escorted to our table. Once seated we couldn’t resist looking out at the amazing view of the lake as the water level is equal to the floor in the restaurant. 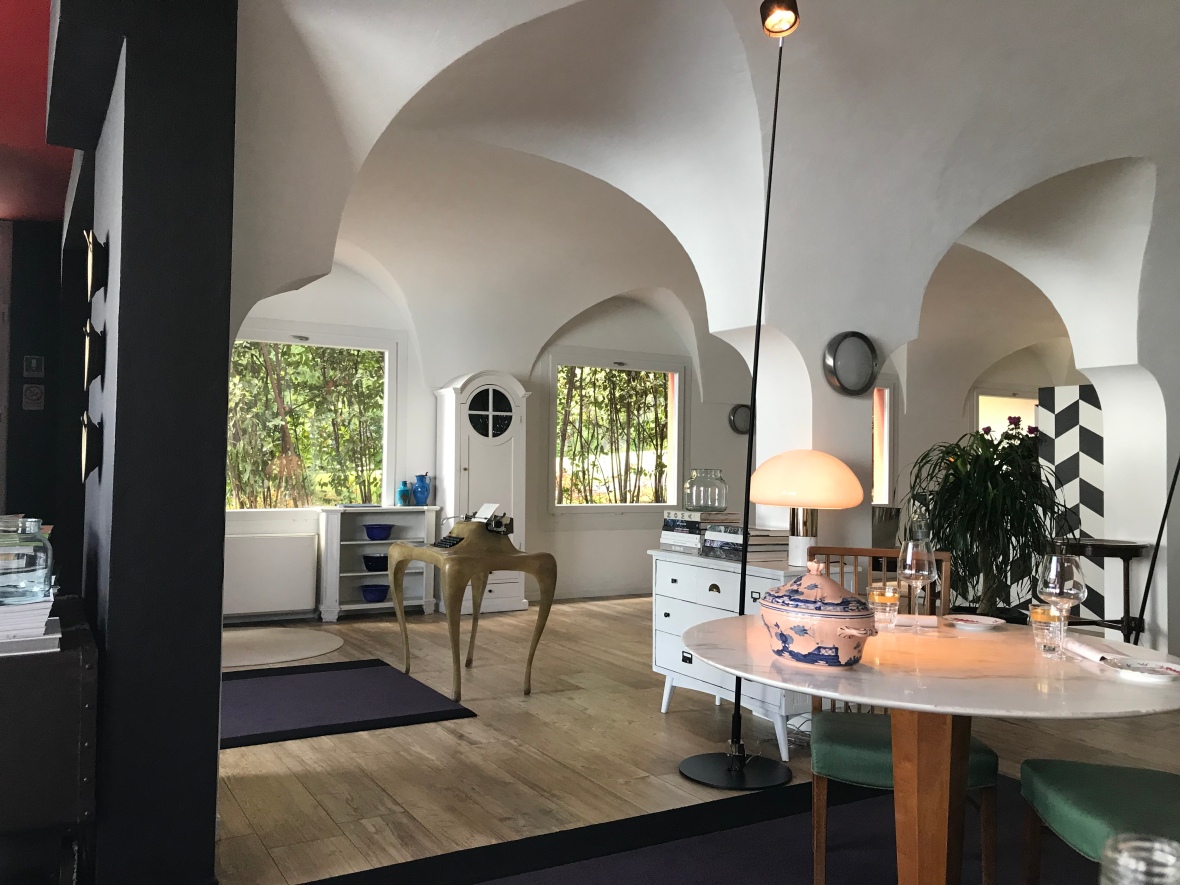 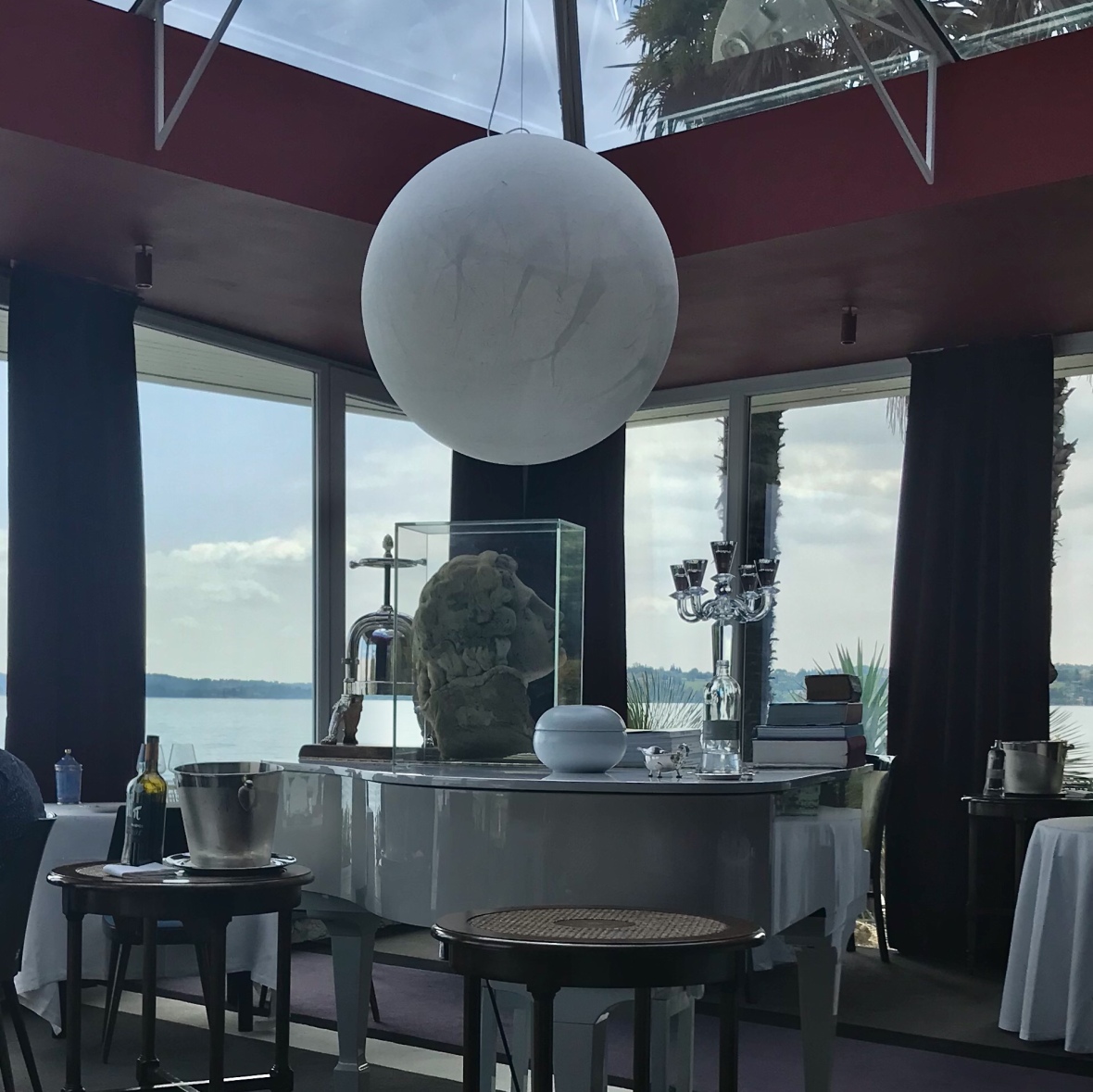 We were then asked if we’d like an aperitif to which the sommelier recommended a choice of three wines and we decided to choose a wine from his recommendations. While enjoying our drinks we was then greeted by the restaurant manager who welcomed us to the restaurant before extensively guiding us through the menus. These consisted of an A la Carte menu and two Tasting Menus the first being a six course Classic menu and the second being the Oscillazioni which is a surprise seven course where Chef Riccardo chooses the dishes on the day. There was was also the offer of an additional course the Cacio e Pepe en vessie a dish for two people and I have to say when it was described to us it was hard to say no to. So our decision was to go with the surprise menu with the addition of the extra dish. The sommelier then asked about our decision on wine and we said due to travelling we perhaps only wanted a couple of glasses to which he said that whenever we was ready he would match the wine to whatever courses we were on at the time which really appealed. 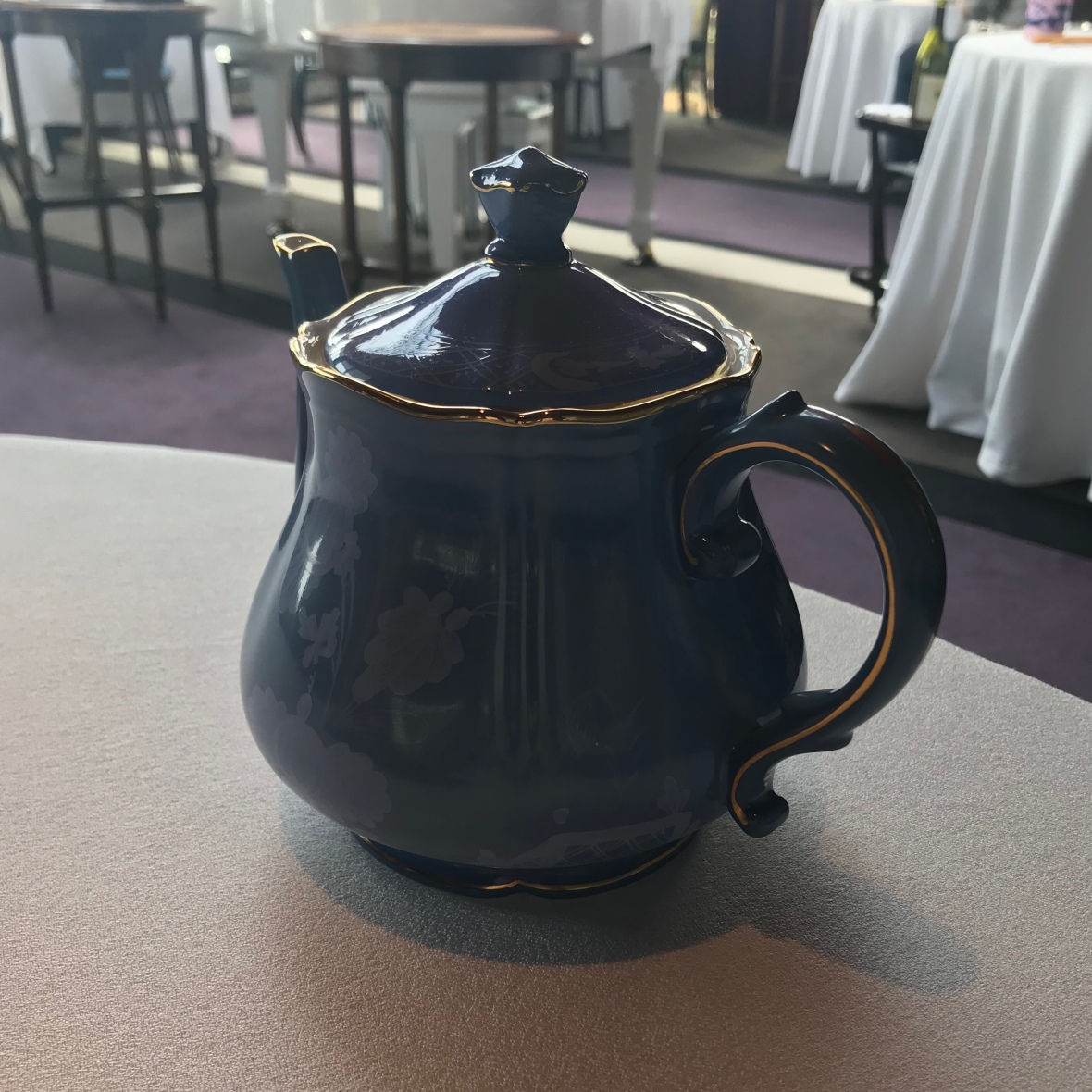 We started with some amazing snacks which were Zucchini wrapped in Mint , Tomato topped with Concentrated Tomato , Red Cabbage with Olive & Sage Leaves with Honey. 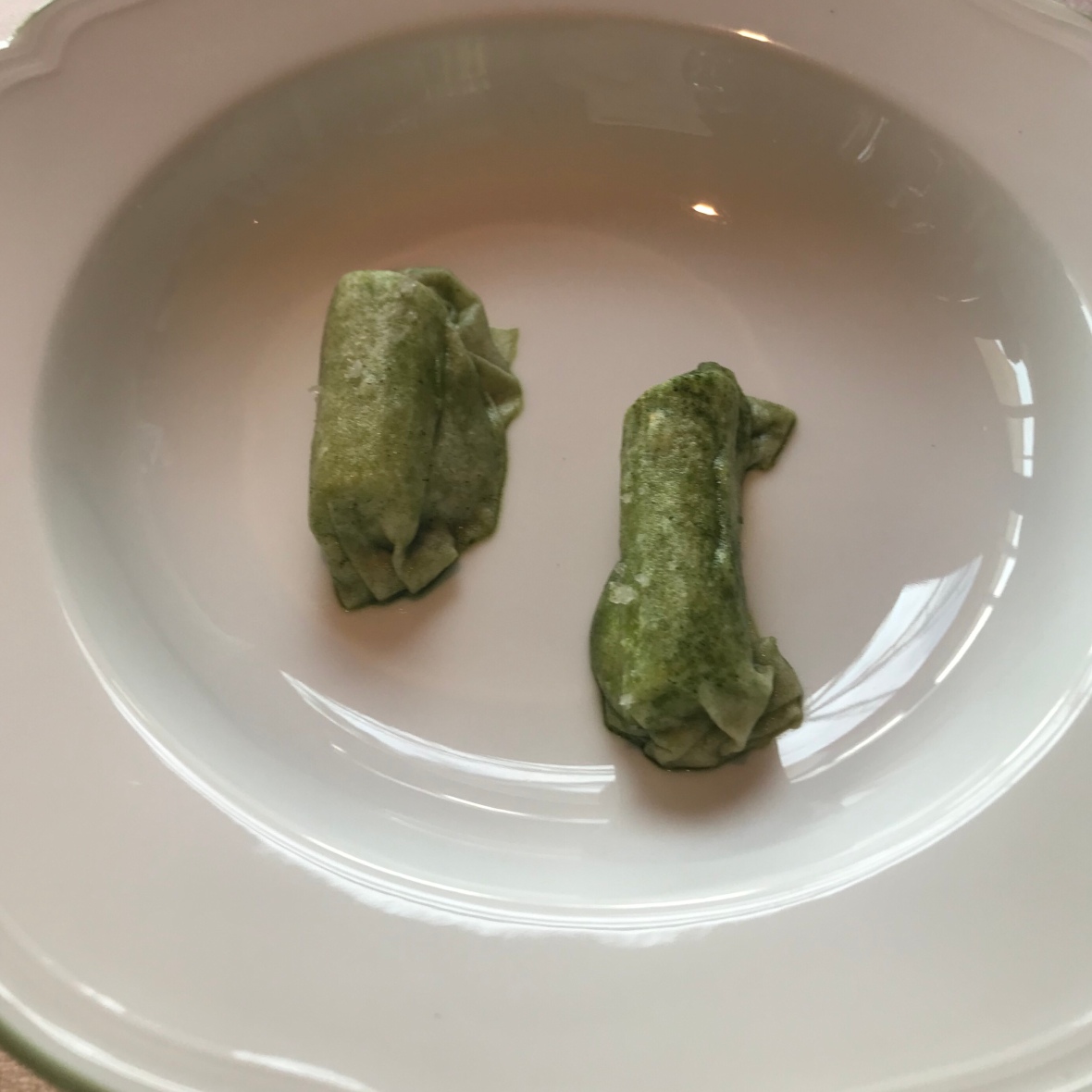 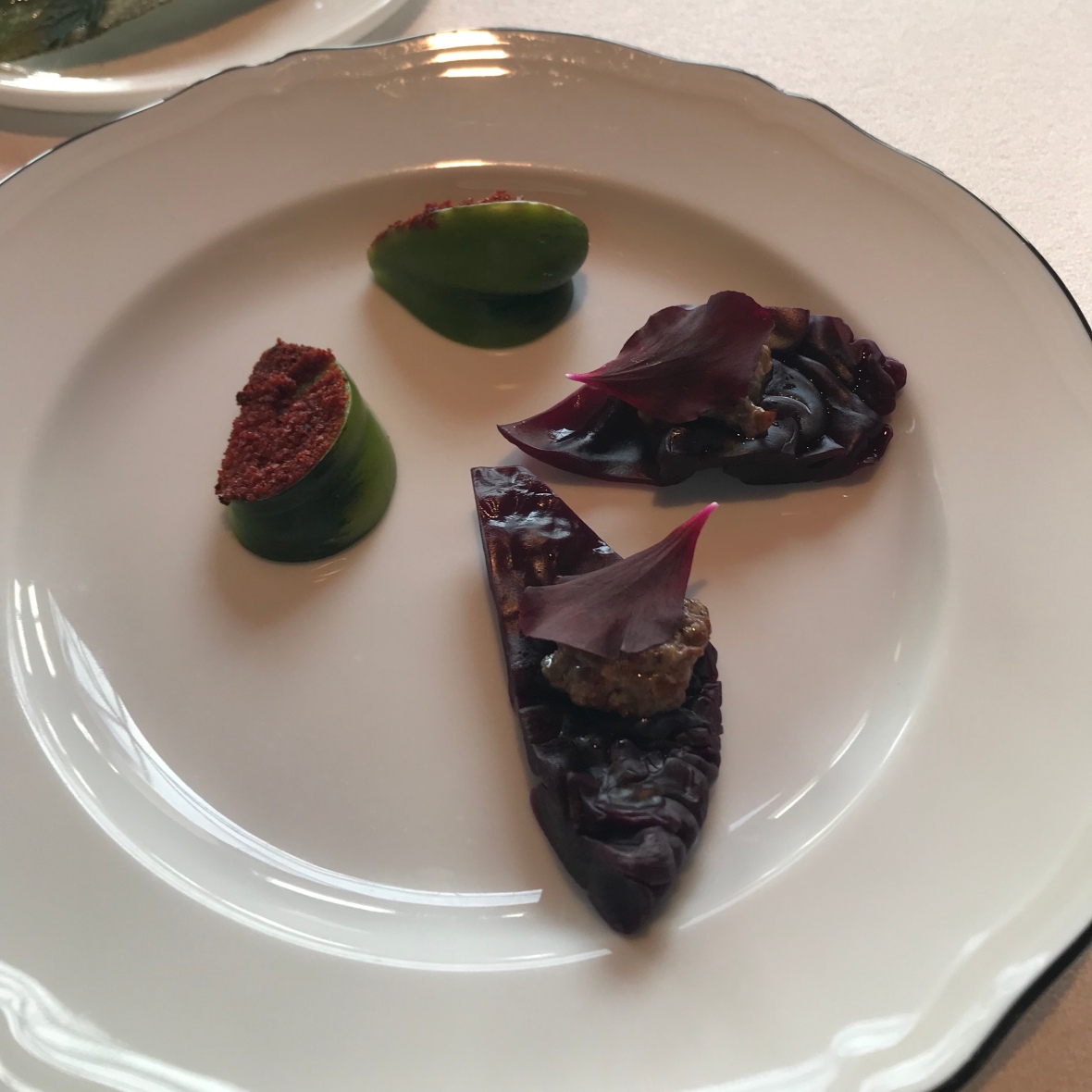 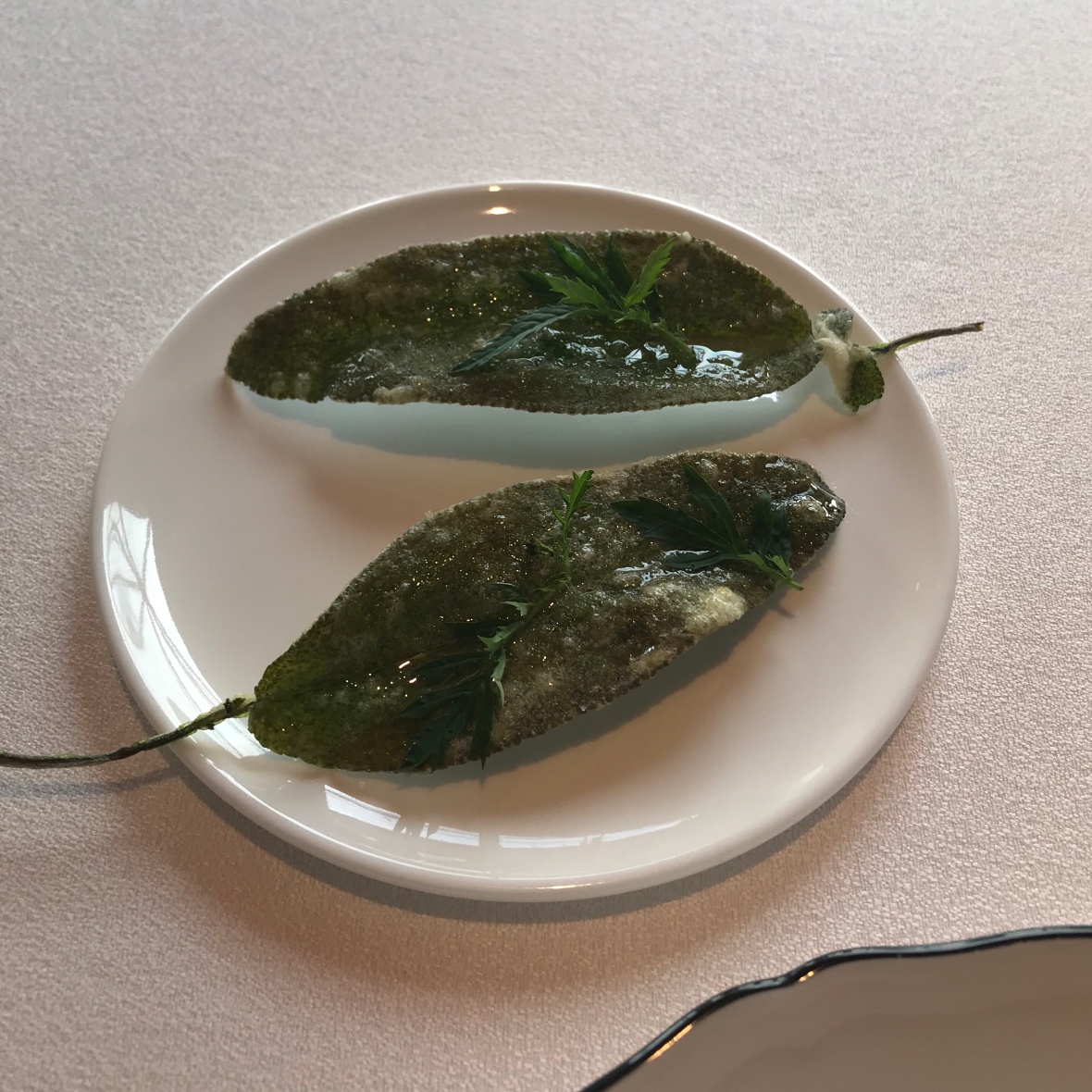 These were followed by our Amuse Bouche which was a delightful Pea Soup with Clementine drizzled on the top. Next to come was the Sourdough Bread along with the longest Bread Sticks I’ve ever seen. 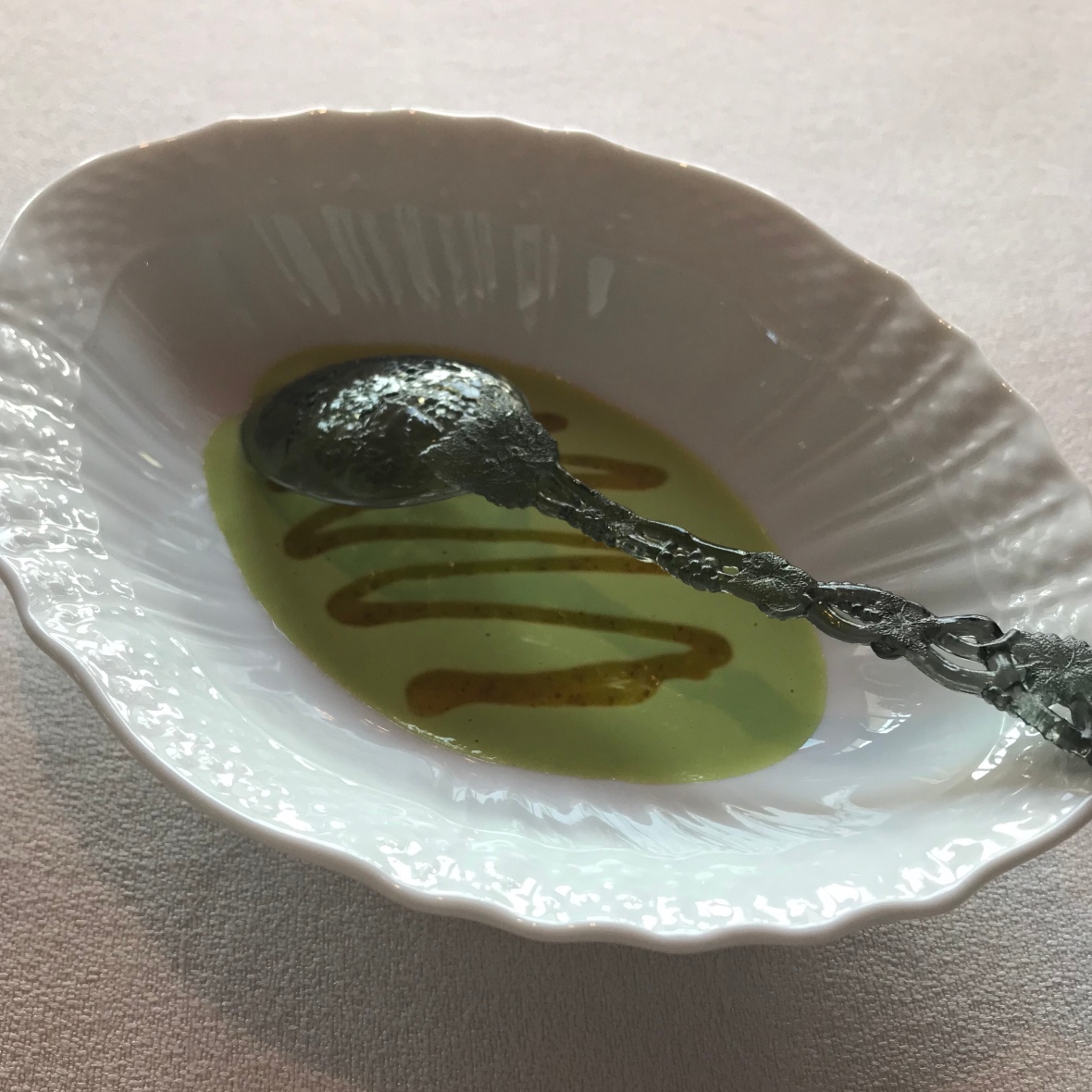 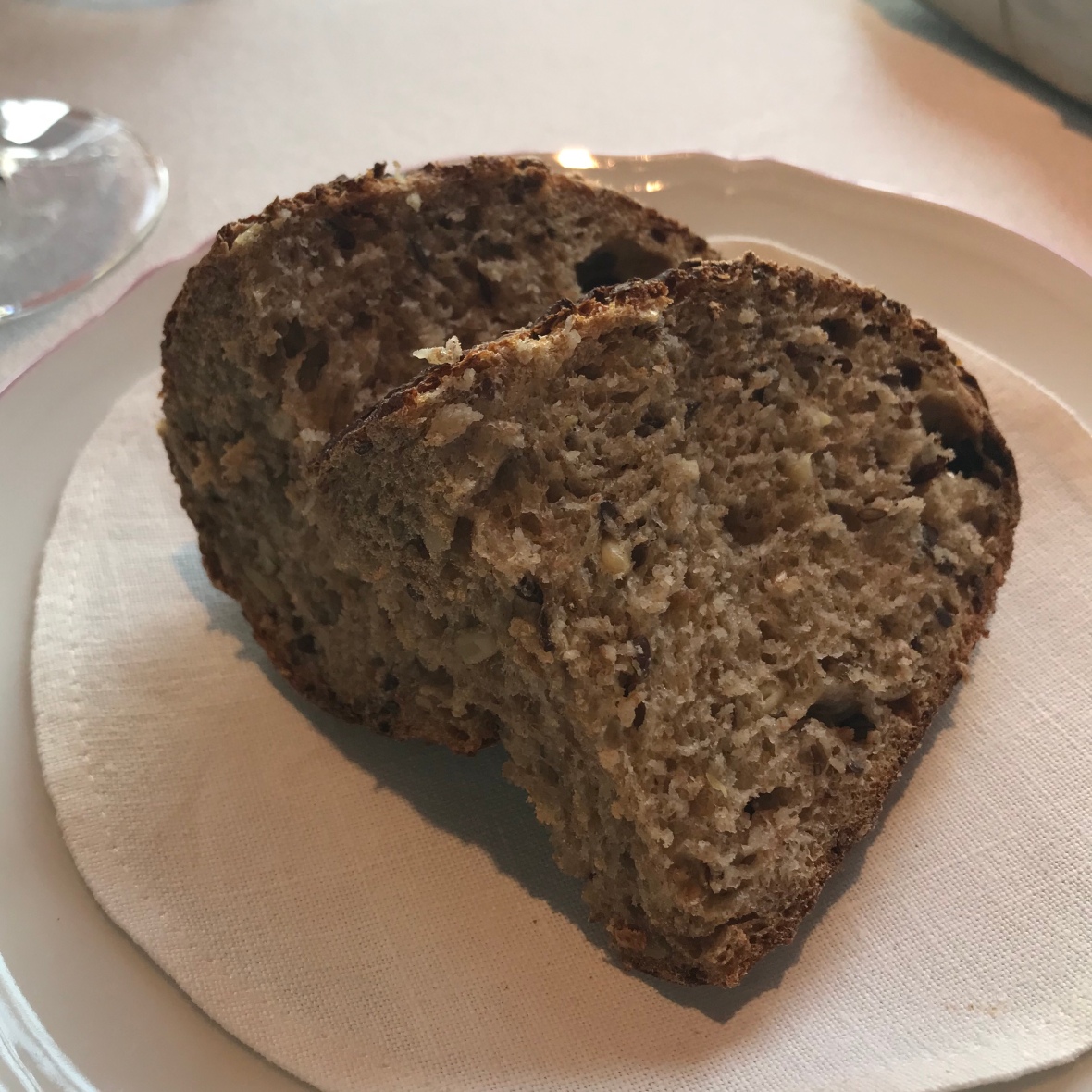 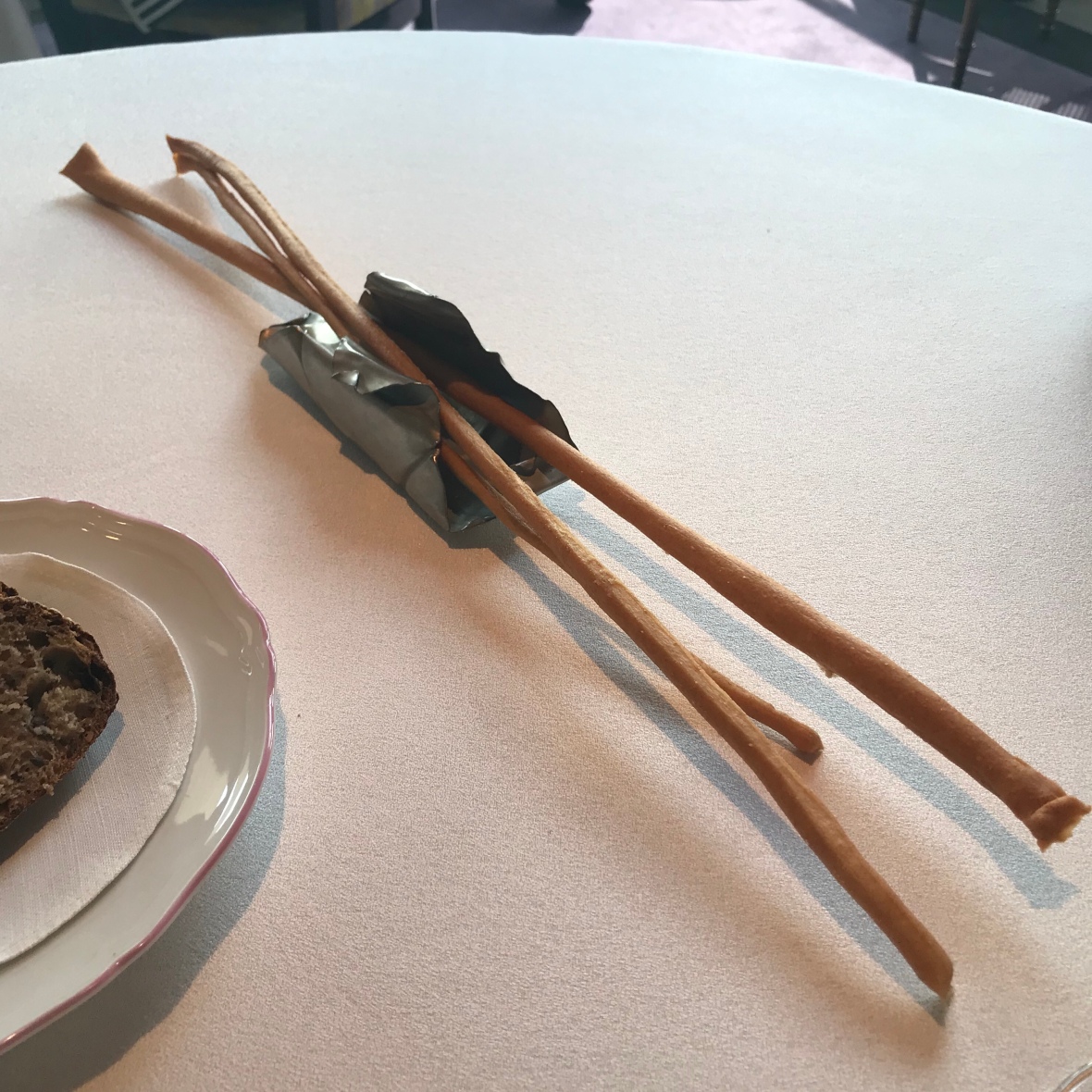 It was now time for our first course which was Cuttlefish topped with a Jerusalem Artichoke cream where the texture of the fish was like eating sticky rice. We followed this with a lightly battered Cod Tripe with Honey & Salt. 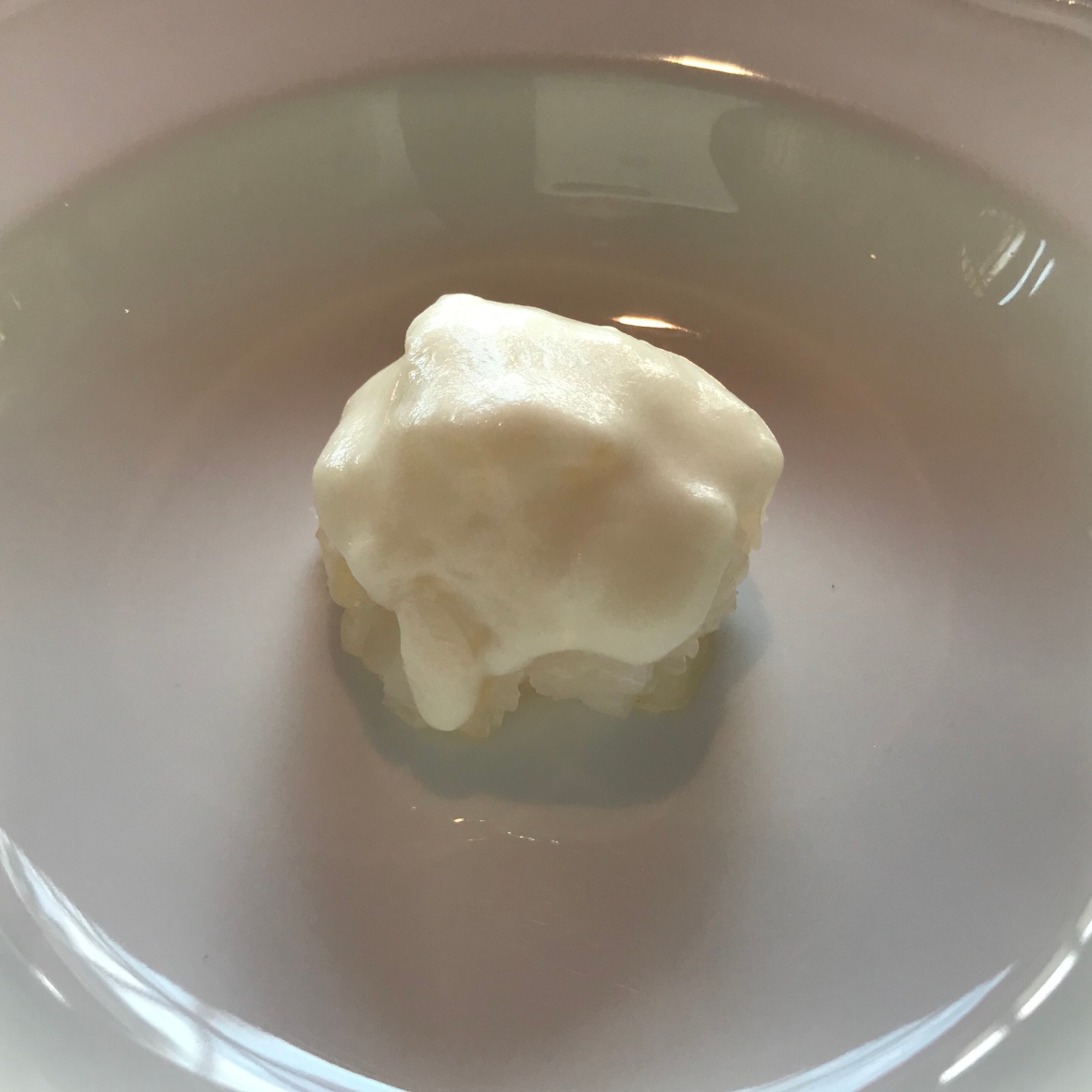 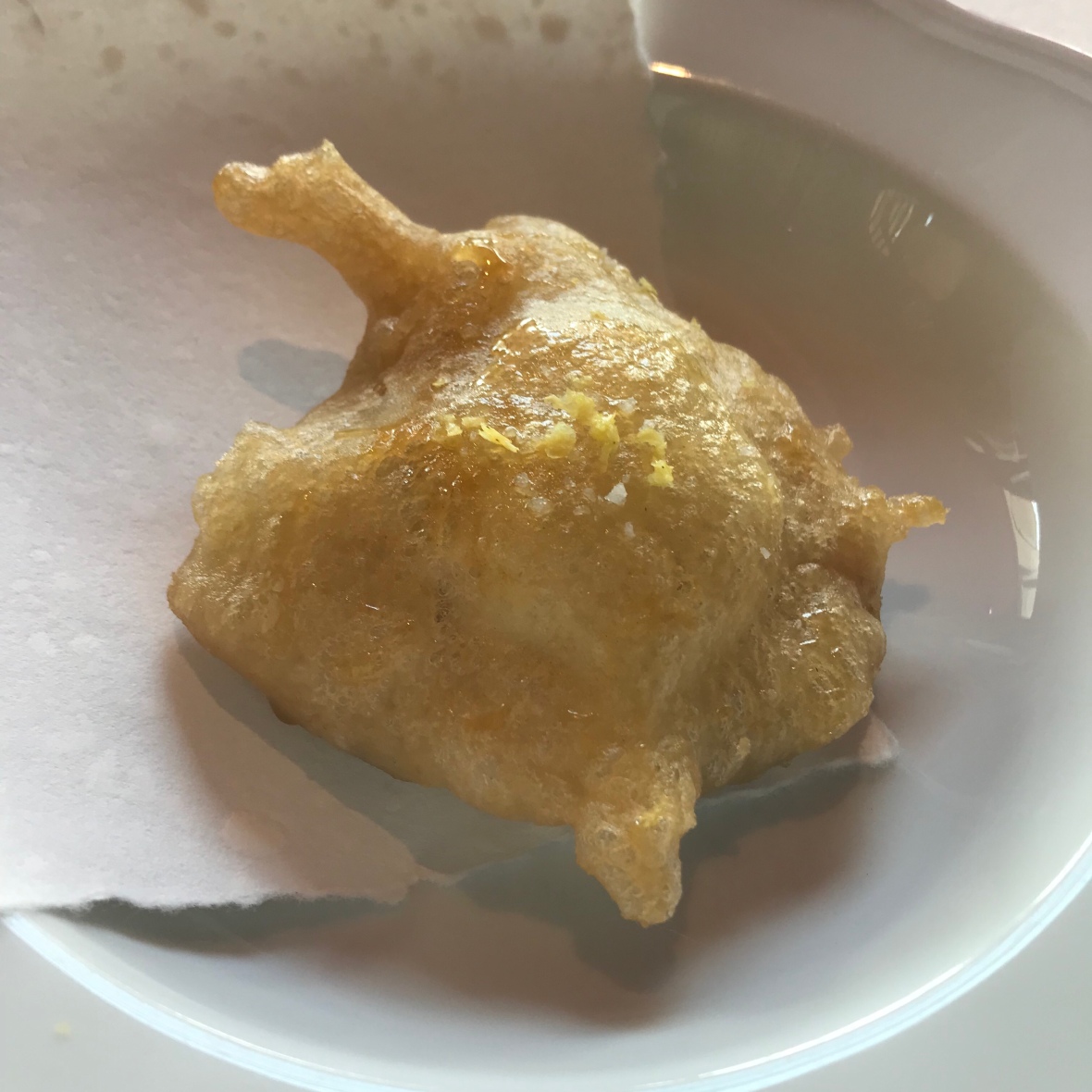 Before moving on to our next courses the sommelier recommended a Cantrina Rine 2016 Benaco Bresciano a delightful blend of Riesling & Chardonnay. 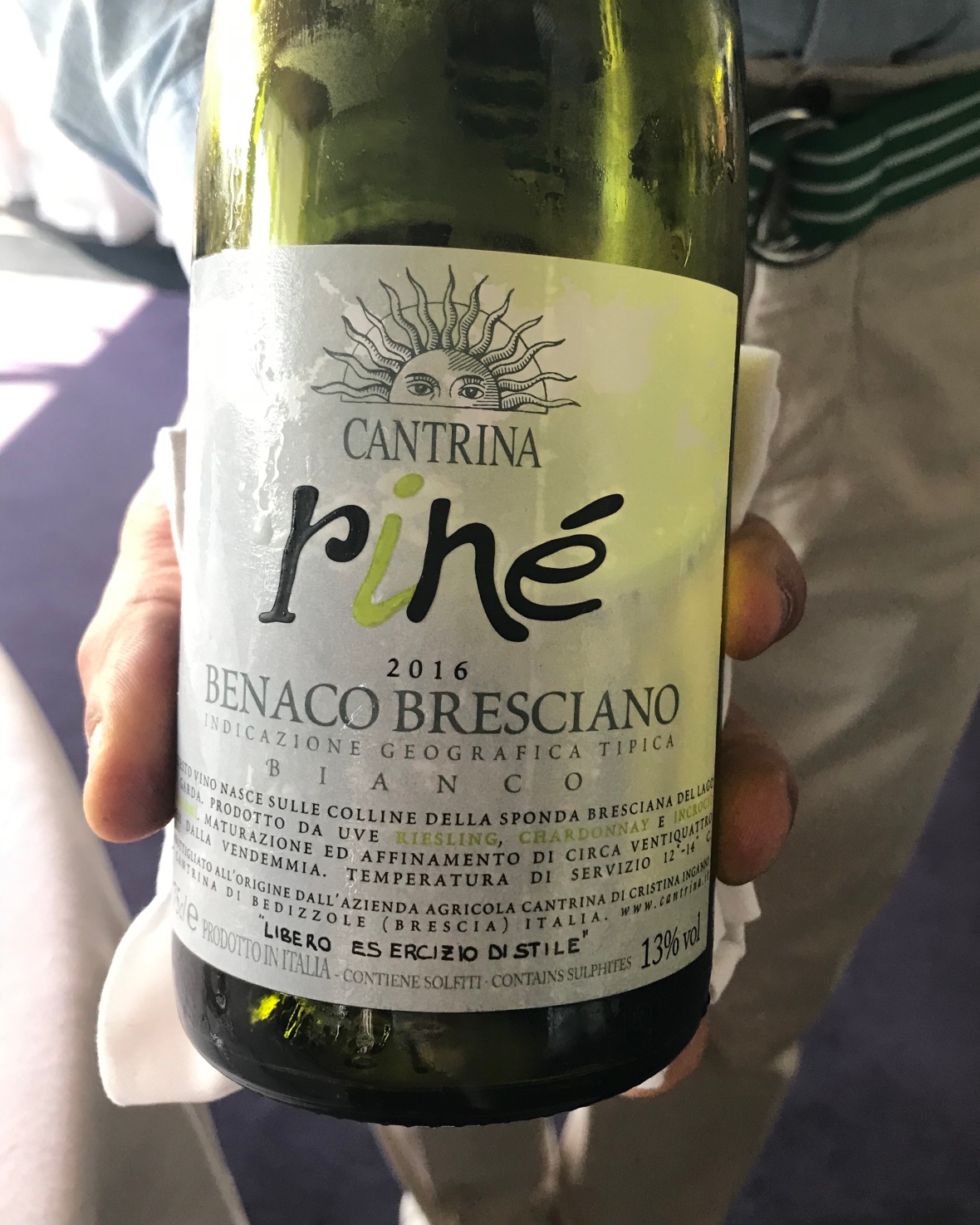 The wine selection delightfully matched our next two courses which were a Spaghettone Pasta with Butter & Dried Yeast. To follow was a piece of art on a plate a heavenly Black Fermented Garlic Risotto with Red Berries. 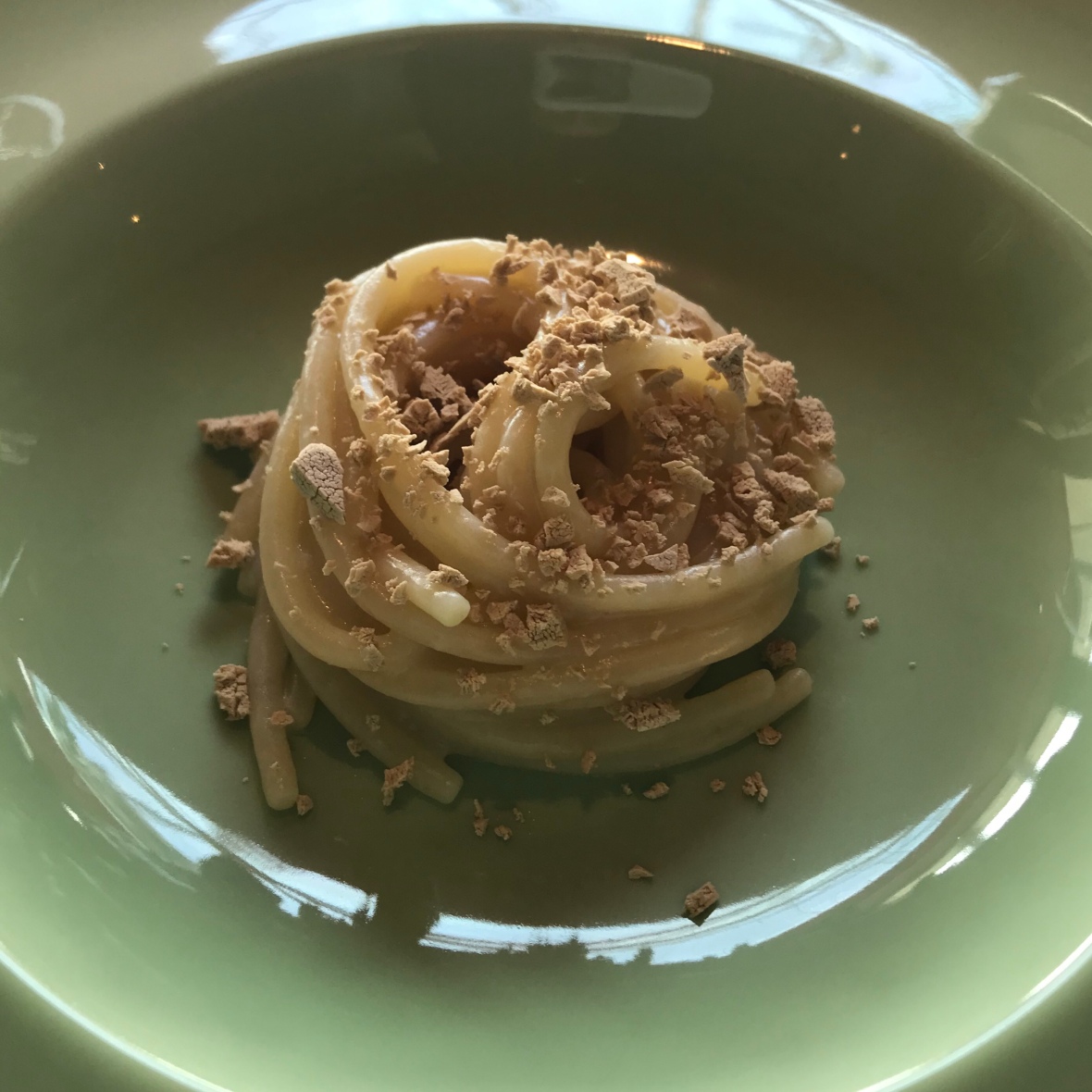 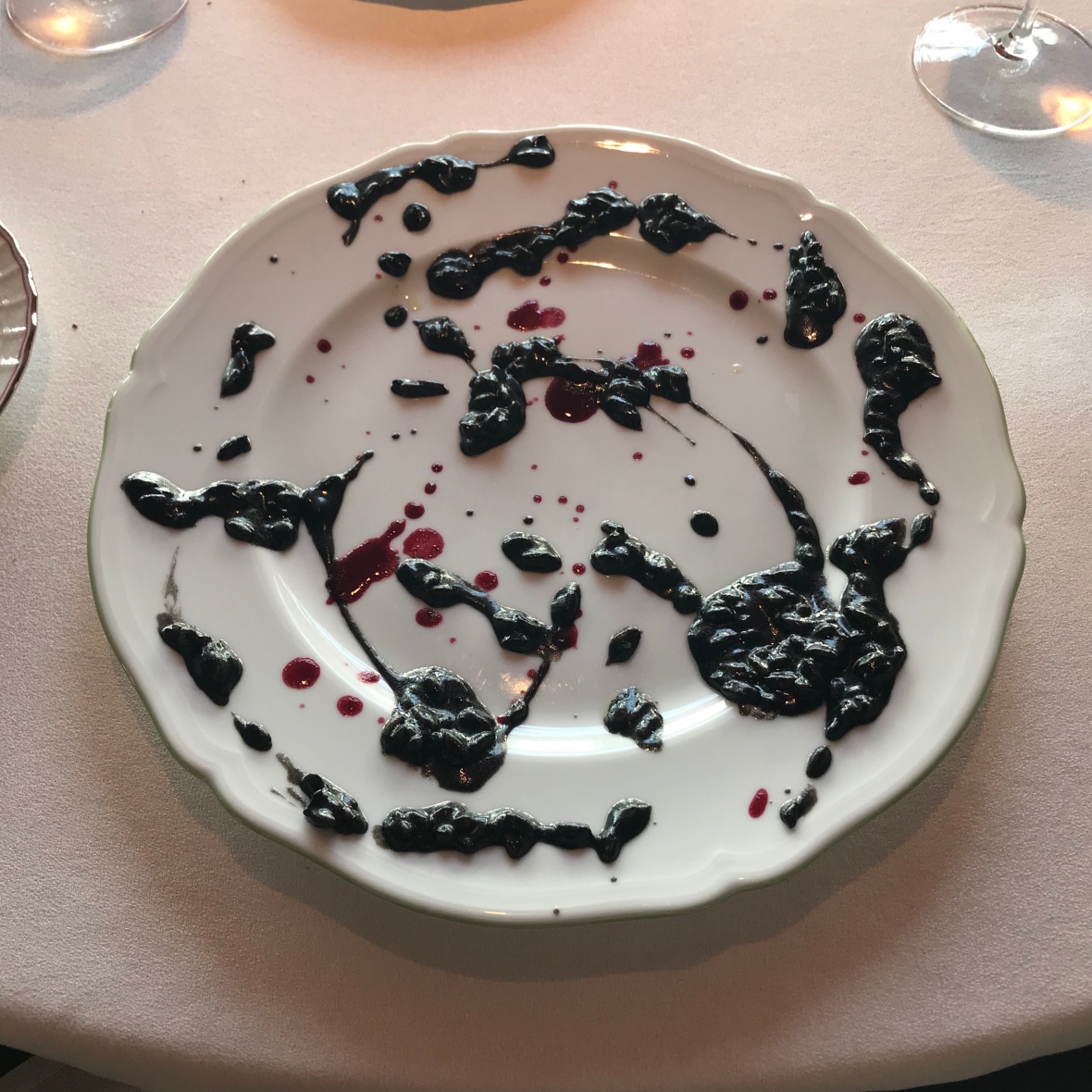 Our next wine chosen by the sommelier was a medium bodied and fruity Core da Montevetrano 2015 and was a perfect match for our next three courses. The first of which was a fantastic Veal Sweetbreads with Carrot & Cumin. The next dish was the additional extra course the Cacio e Pepe en Vessie and not only was it amazing but it was absolute theatre. 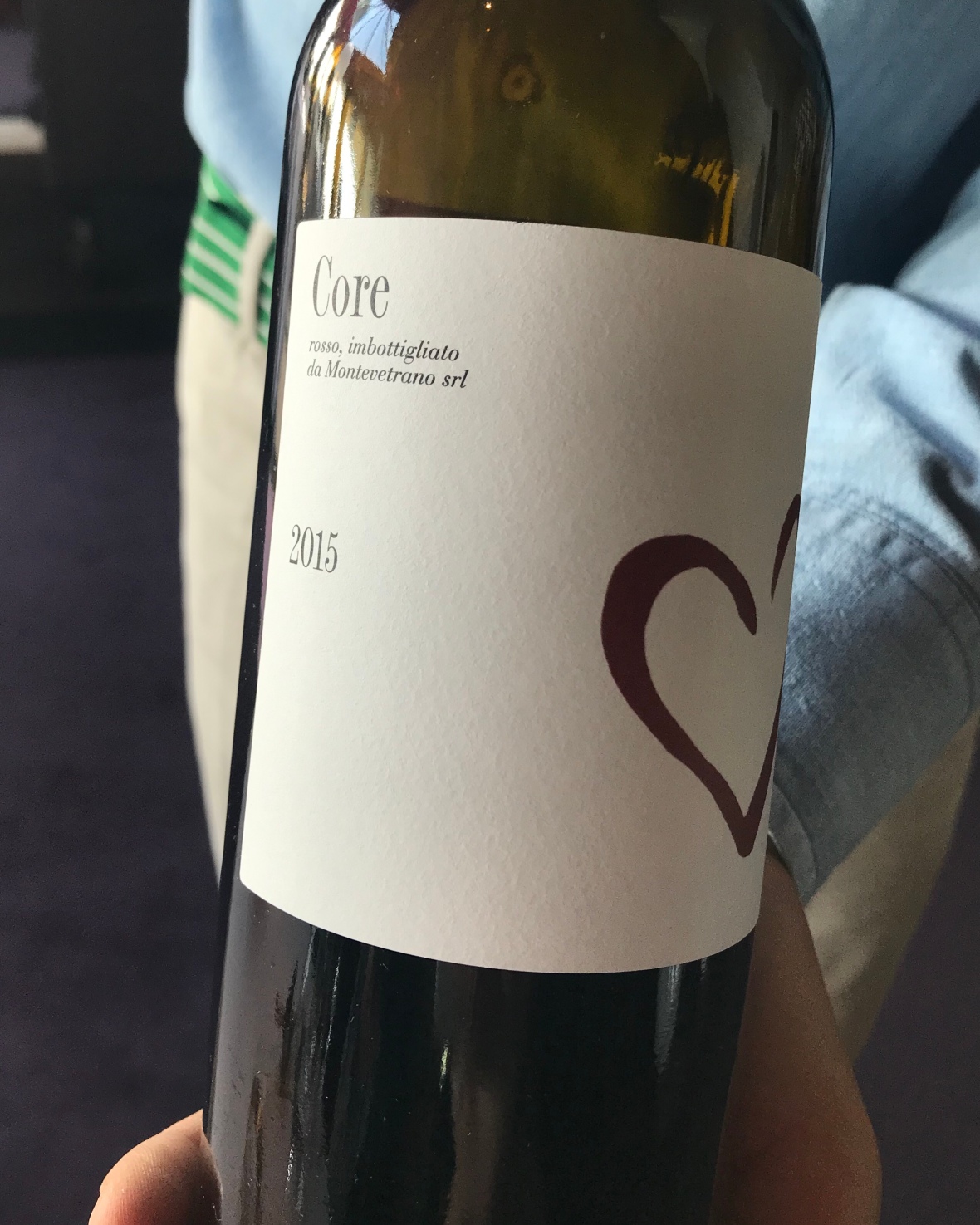 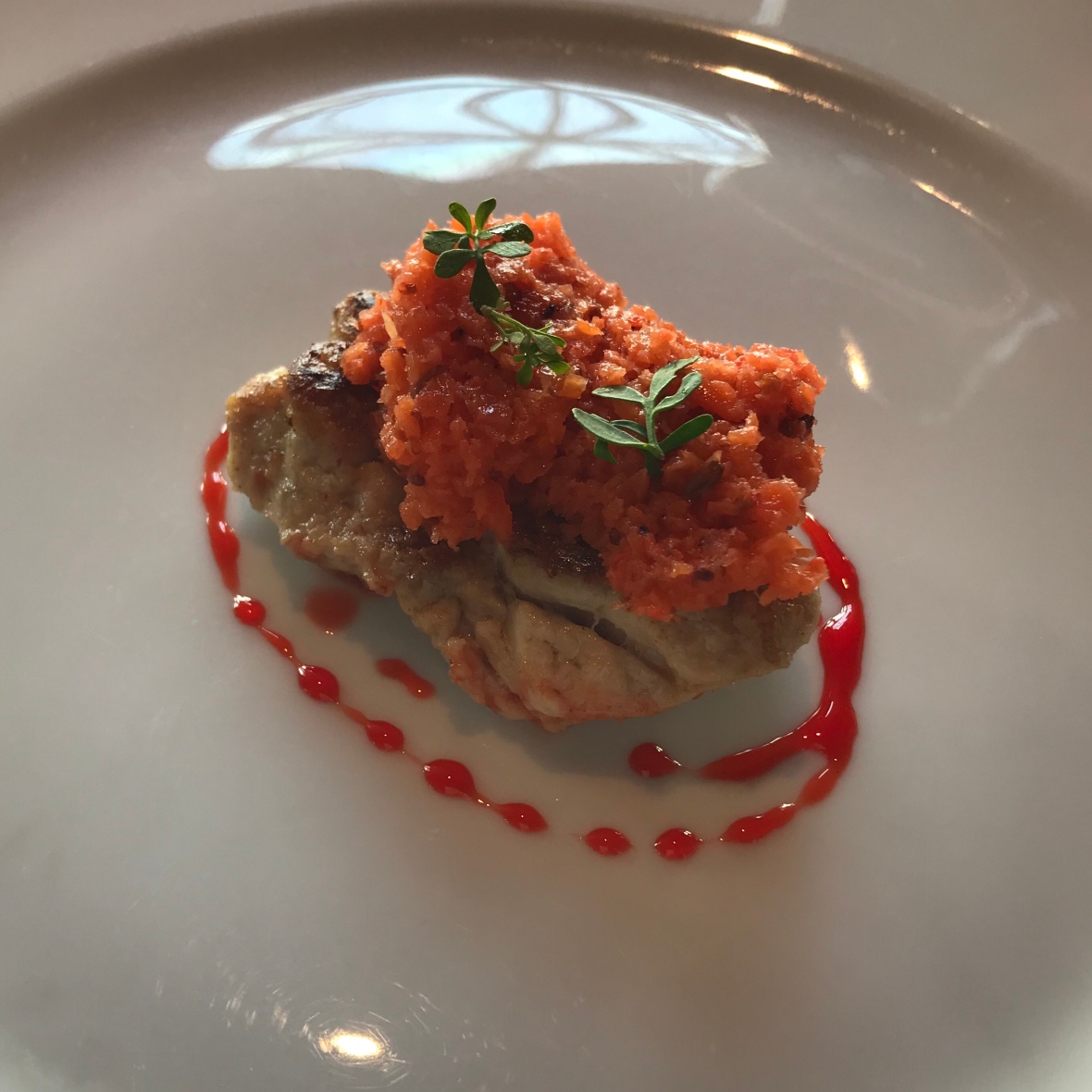 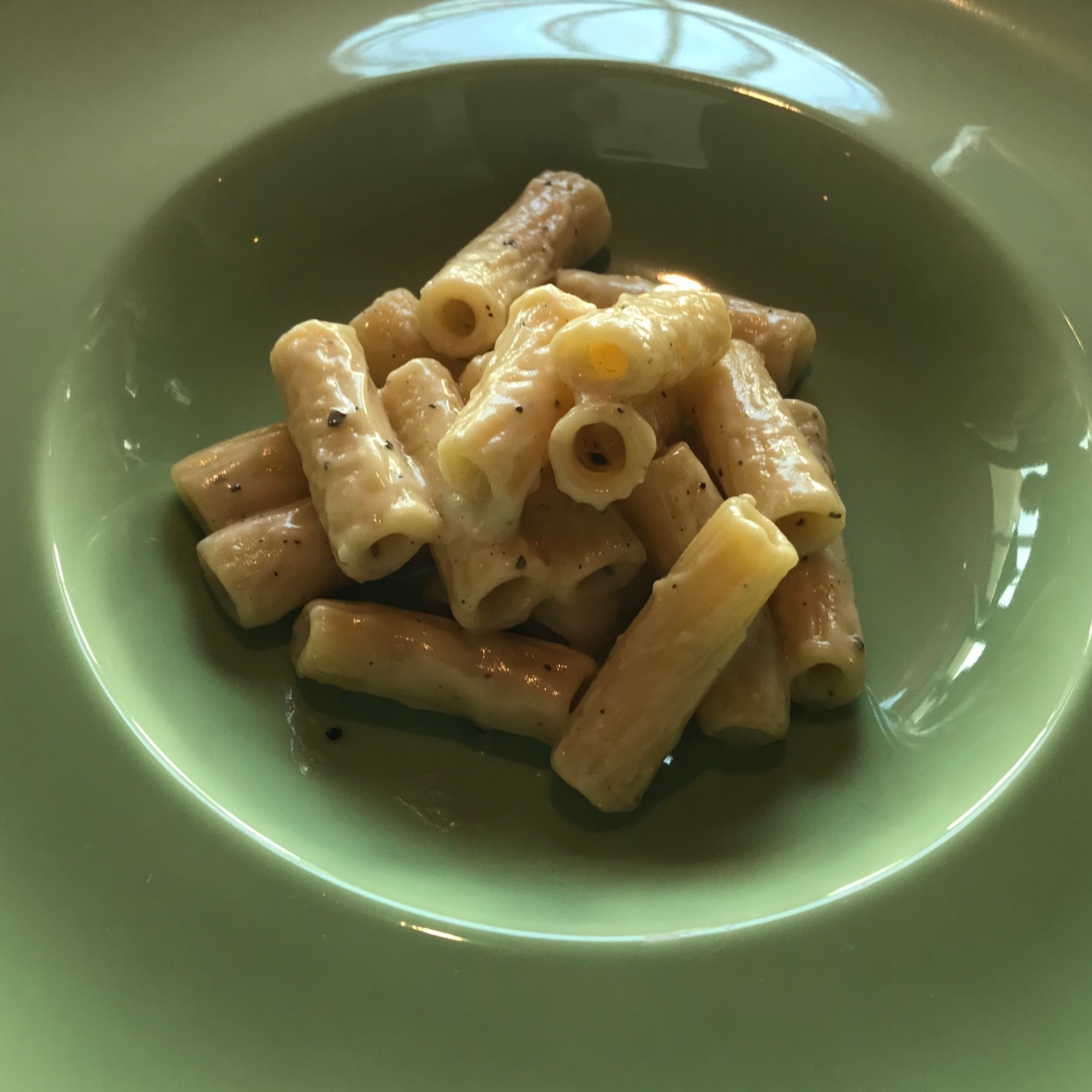 It was now time for the main course and a fabulous Beef Bavette topped with a layer of Lardo and accompanied with a very Buttery Mash. 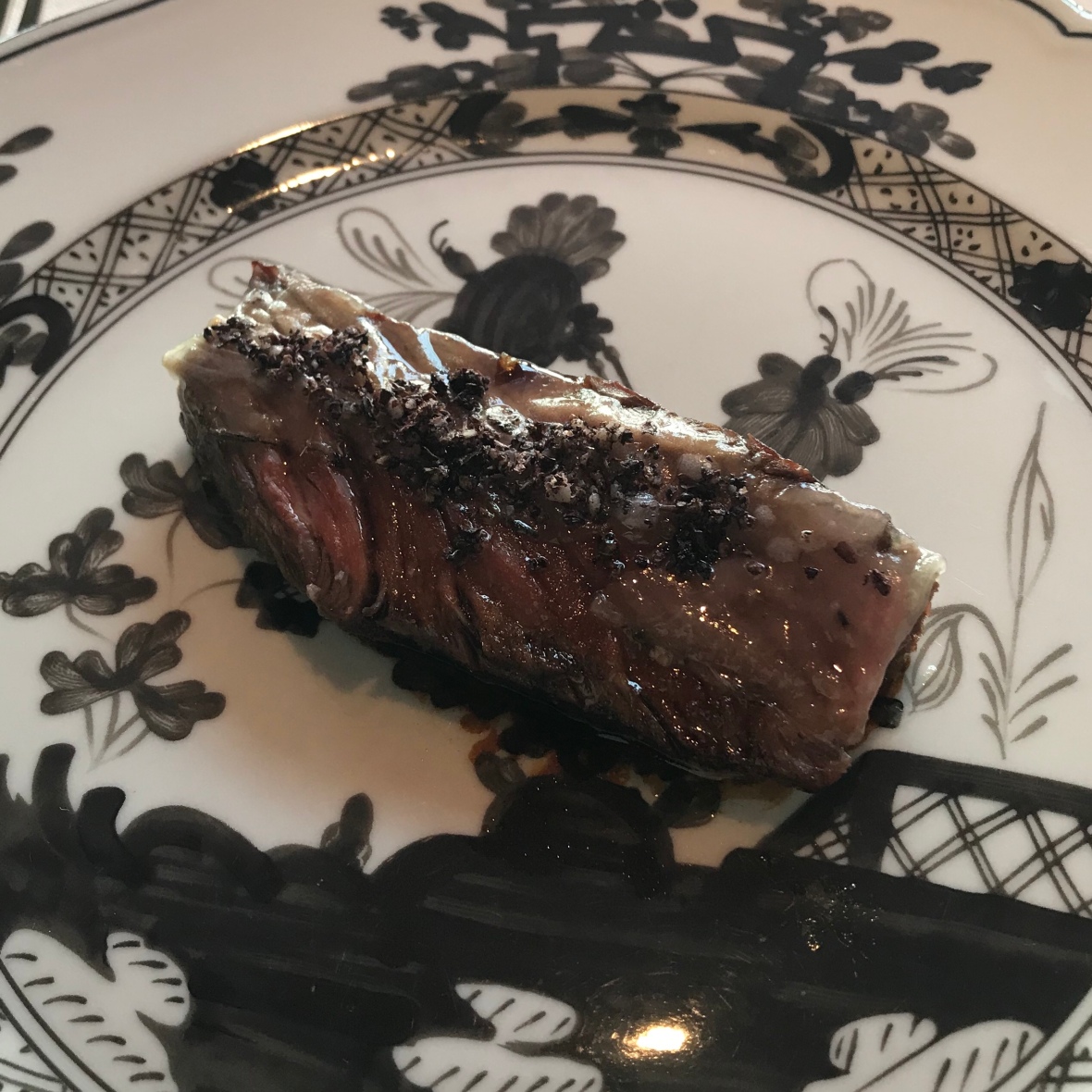 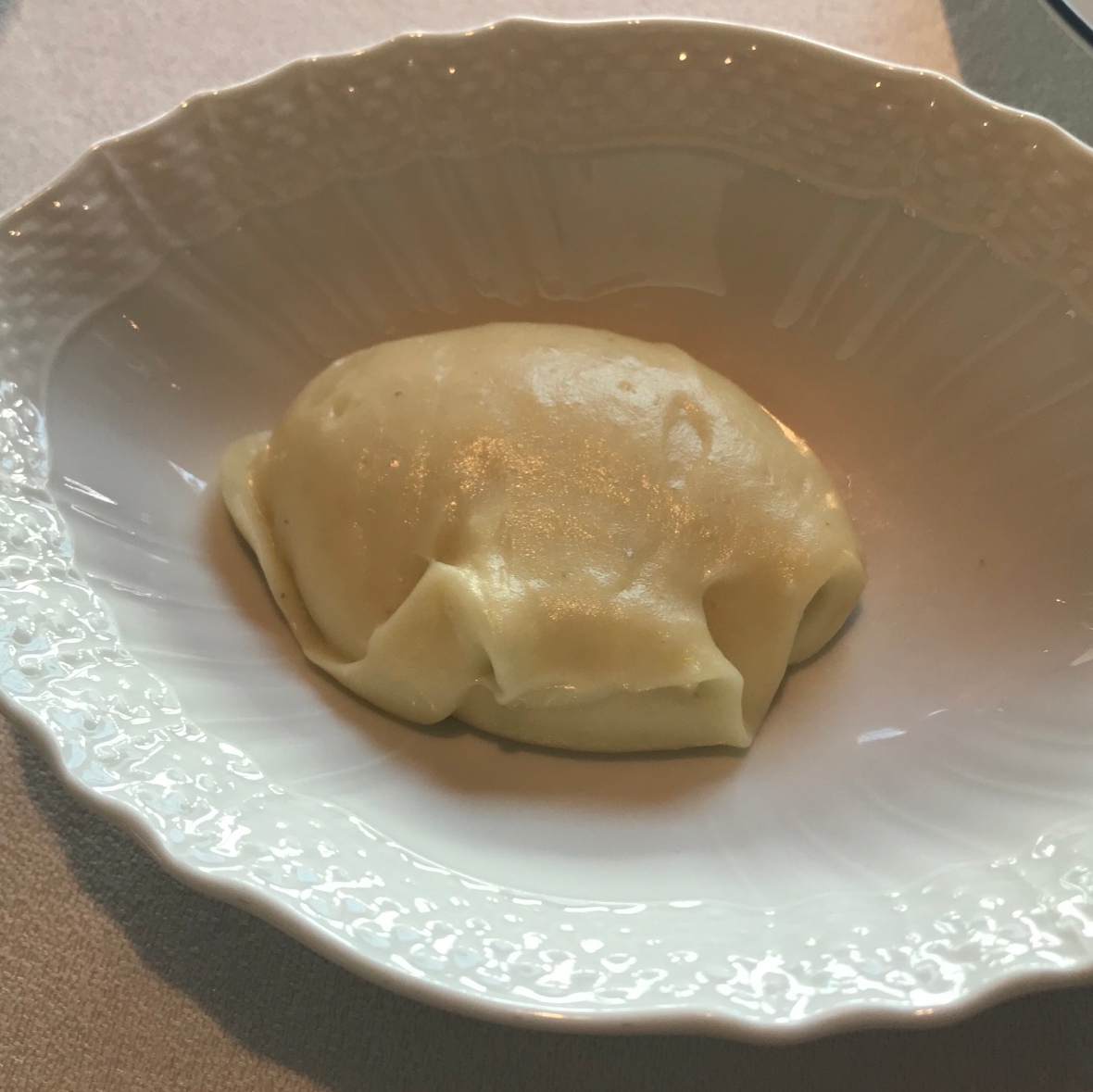 Now it was time for desserts with the first being their specialty the Torte di Rose served with a Zabaglione and the other was an amazing Chocolate creation. These desserts were well matched with a glass of Cantine Colosi 2014 Terre Siciliane Passito which was a medium sweet wine with flavours of Honey & Figs. 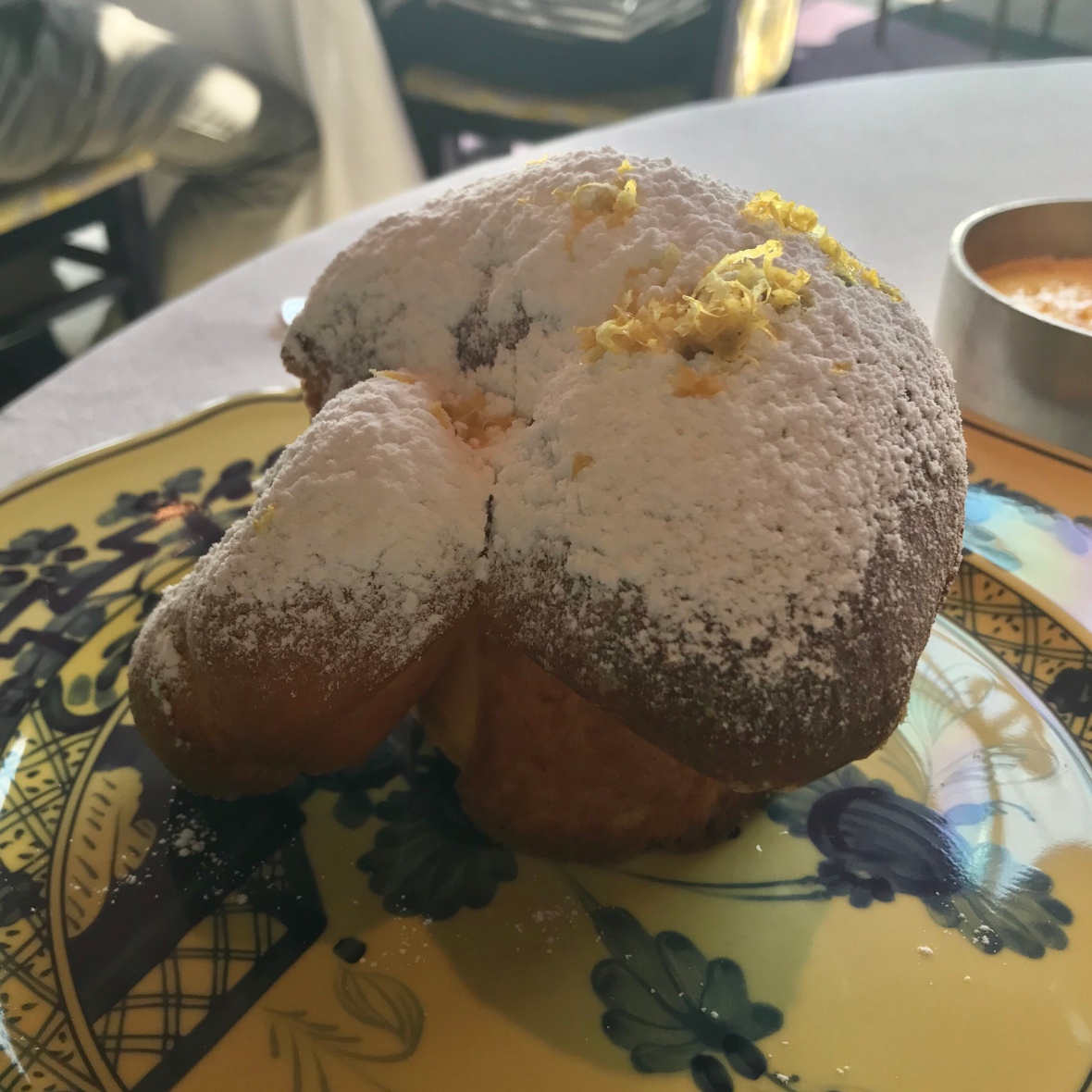 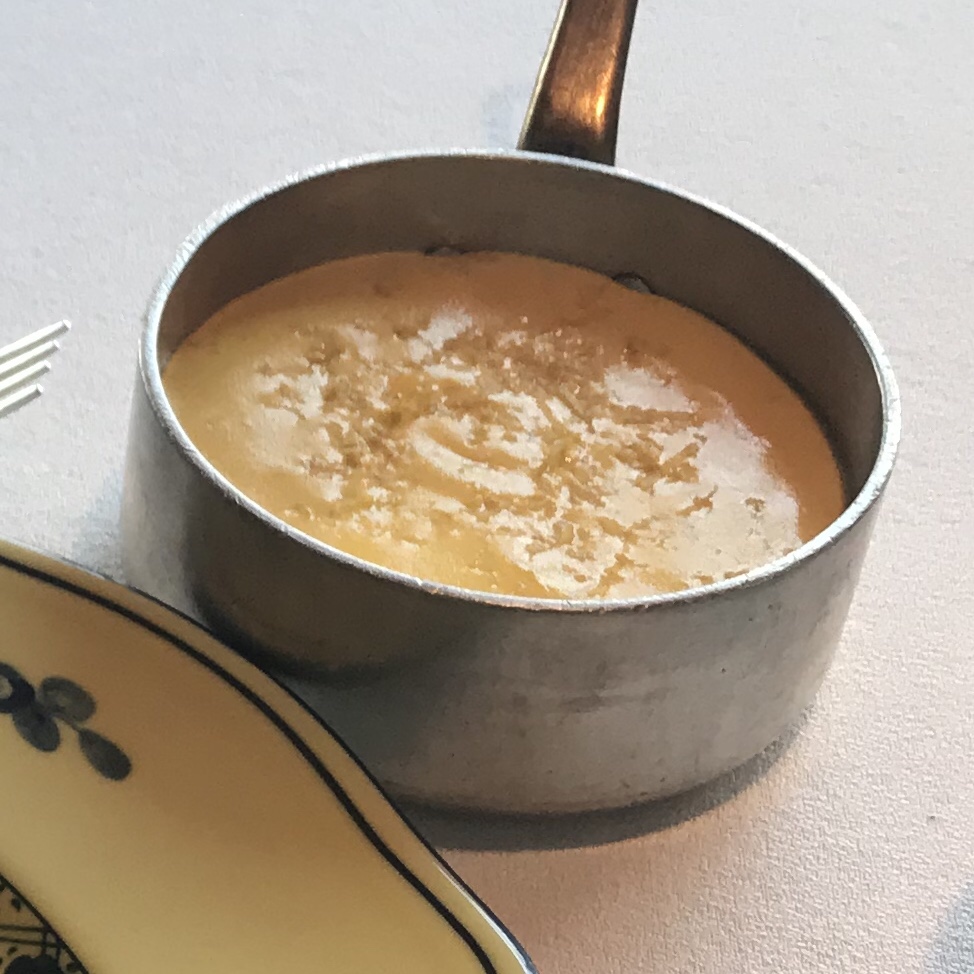 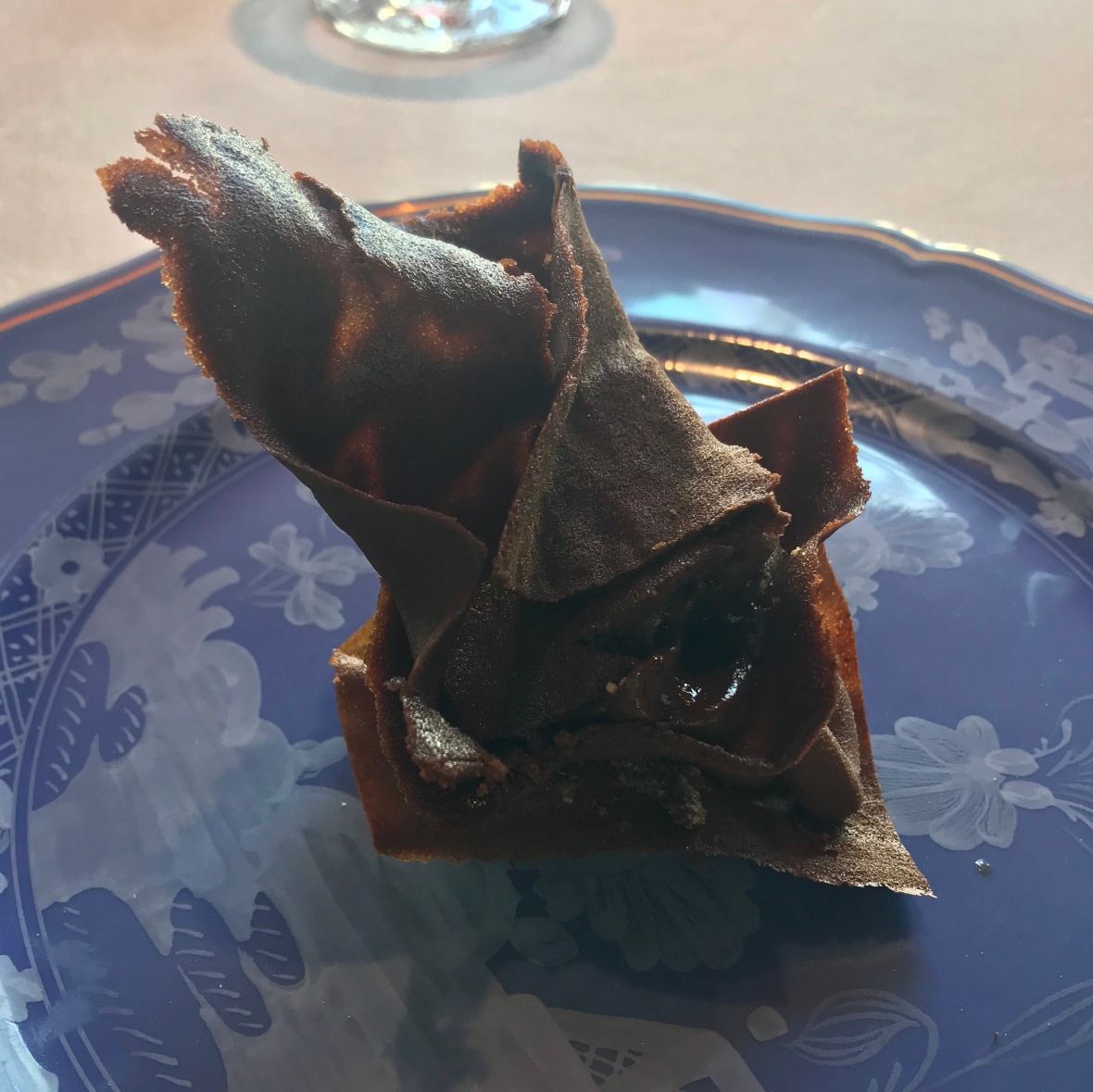 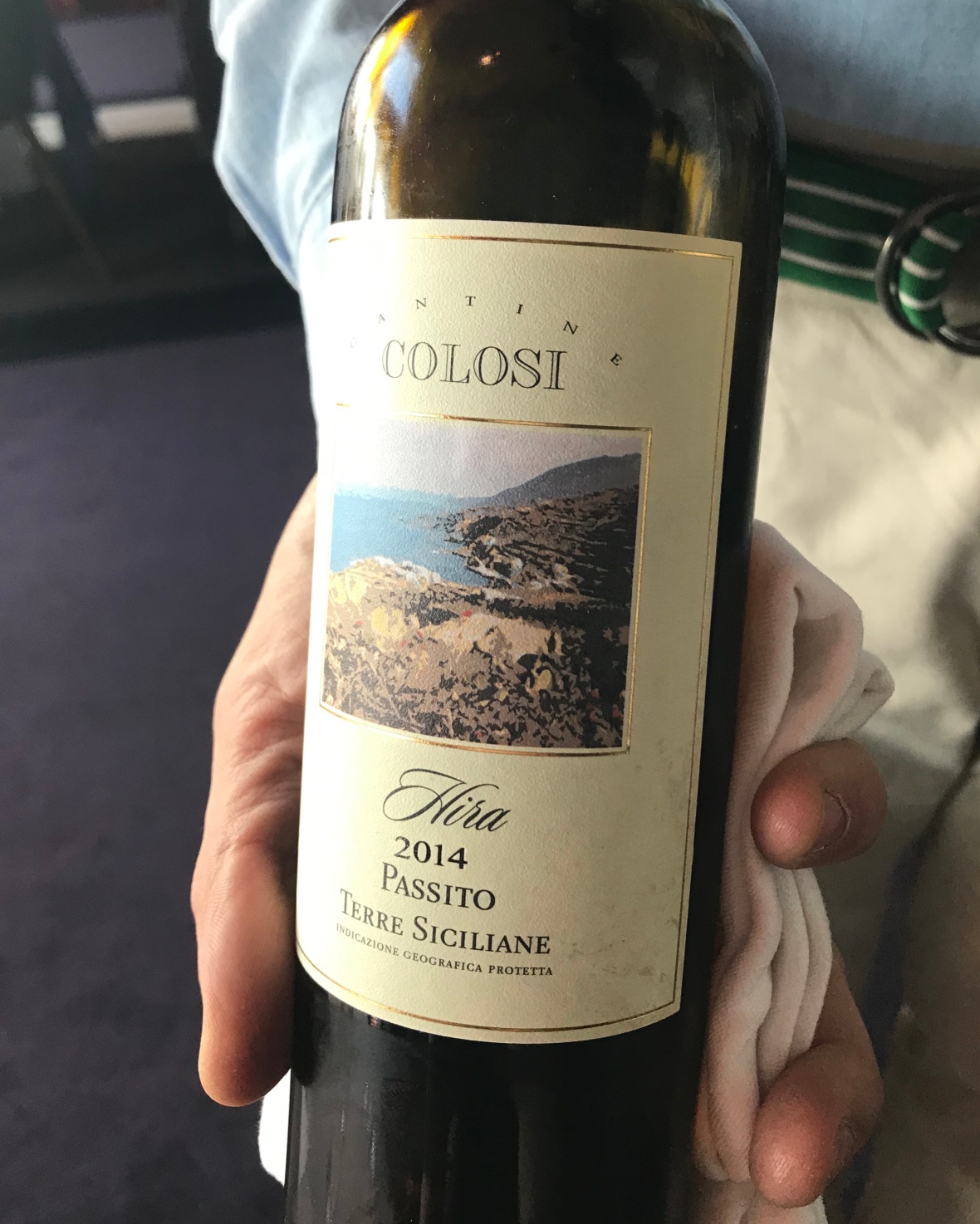 We then finished with a coffee & some delicious Petit Fours which involved more theatre as first we had a Chocolate & Almond Turron. This was followed a Toffee which was the result of one of the chefs stretching & folding a long piece in front of you before twisting of a sweet sized portion & handing it to you. Then lastly an Almond & Caramel Tuile. 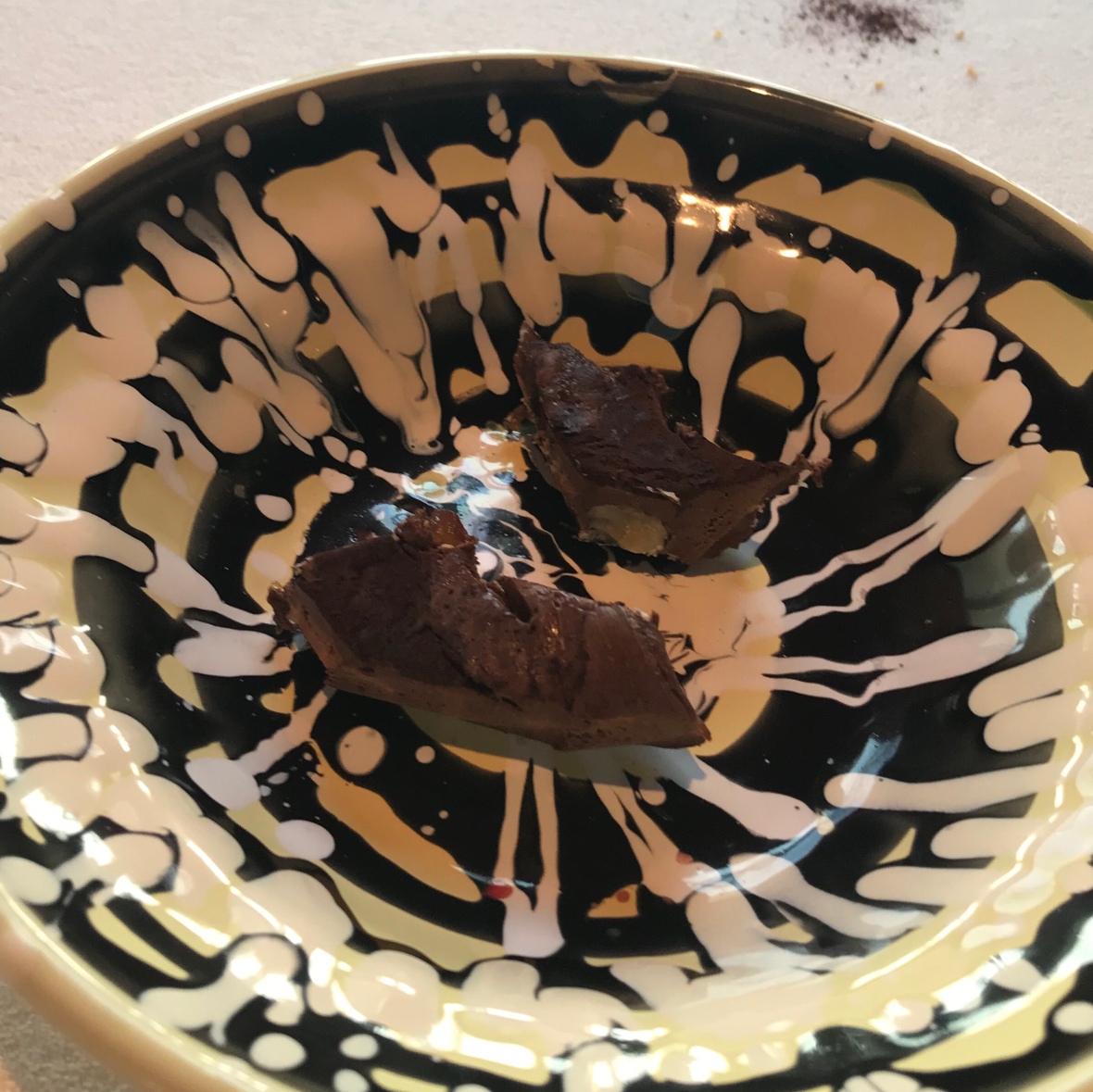 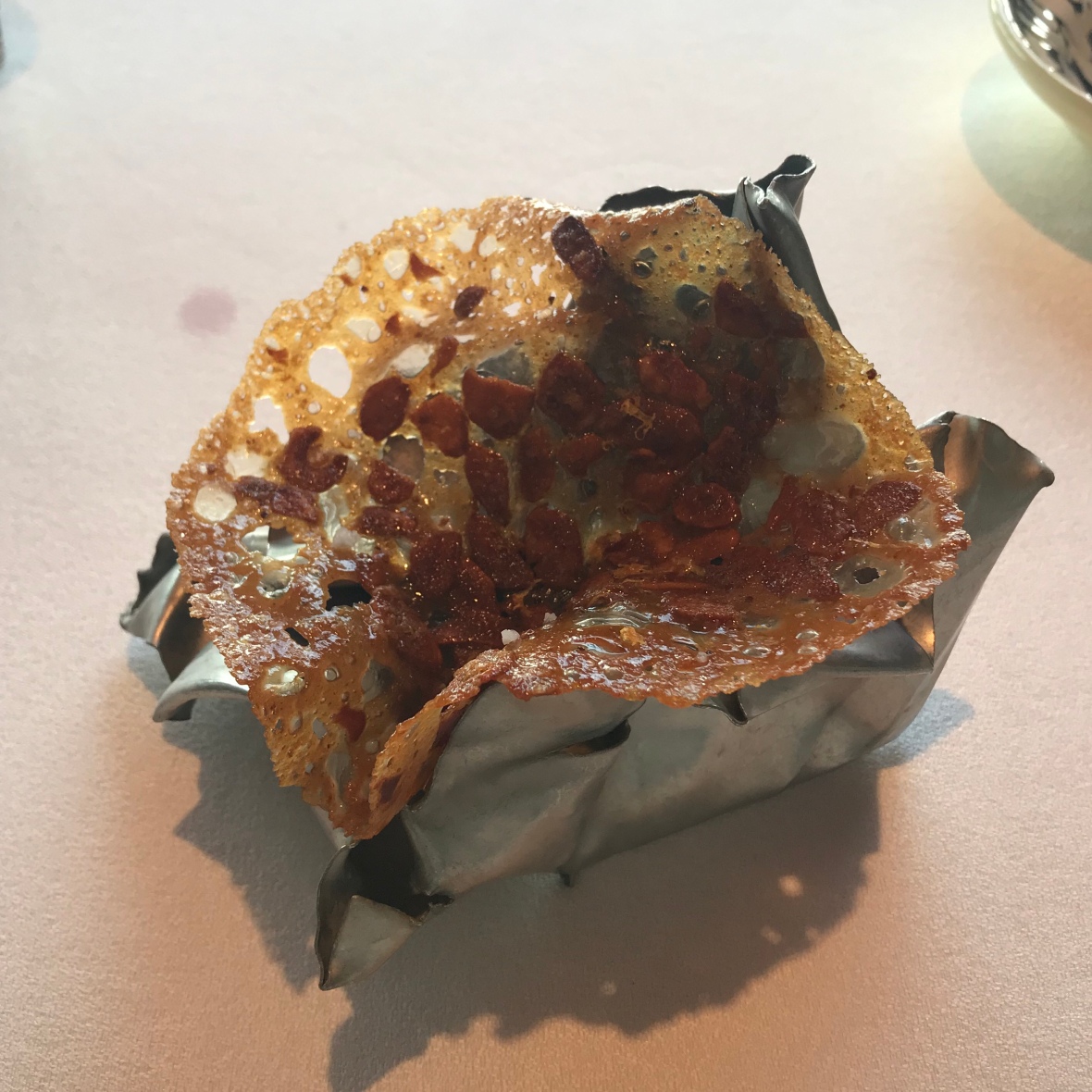 This brought to an end to a truly outstanding lunch which really had everything from stunning food , excellent service , fabulous wine selections & even a bit of theatre. It was also great to interact with the chefs as they brought each dish to the table. So it wouldn’t surprise you now when I say that if your ever in Lake Garda and fancy a special evening to make a reservation at Ristorante Lido 84 as I promise you will not be disappointed. We then thanked the staff and headed off only to find that Chef Riccardo was waiting at the door to say goodbye and to thank us for coming. This was a really nice touch and a perfect way to end our afternoon.